< Back to Mechanicial Expansion Joint Covers

Latham Silicon Carbide inserts for Treads have been independently tested by The University Of New South Wales Optics & Radiometry Laboratory School of Optometry and Vision Science, a National Association of Testing Authorities (NATA) accredited facility in accordance with Appendix B of AS 1428.1-2009 (specifically Clause B3 Measurement of Luminance Contrast – Laboratory) for dry and wet applications.

Instrument used: Spectrophotometer calibrated by a NATA Accredited Calibrating Authority, which complies with Clause B3.2 of AS 1428.1-2009.

Method: Eleven measurements were made on the tread section (aluminium or brass retainer) and the infill of each sample and the mean value calculated. The total area of each sample was determined along with the area of tread (retainer) and infill. The mean luminous reflectance of each sample was then determined from the sum of mean luminous reflectance of each component, as a proportion of the area as calculated above. Measurements are made in wet and dry states.

AS 1428.1-2009 under Appendix B (informative) sets out the method to determine the minimum Luminance Contrast between 2 adjoining surfaces by using their luminous reflectance values. The Standard refers to the Bowman-Sapolinski Equation (An Improved Metric for Visual Differentiation using Colour-modified Clinical Eye Charts, Redeemer Baptist School North Parramatta Australia Sapolinski,J., August 2009.).

It is important to note that this Appendix B of AS 1428.1-2009 is Informative, Standards Australia publication Standardisation Guide 003: For Standards and Other Publications, has the following definition for the term informative.

Informative is a term used to describe an element (clause, note or appendix) of a Standard that gives additional information, recommendations and/or guidelines, i.e. is of a non-mandatory nature. Where a Standard contains both mandatory and informative elements, the informative material is usually aimed at explaining the mandatory requirements and helping the user to understand and comply with the Standard.

A copy of the full NATA Accredited Testing Facilities results are available by contacting Latham Australia. 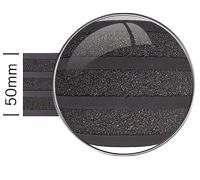 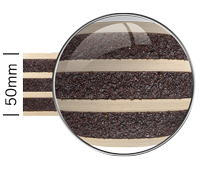 Have a question about your upcoming project or requirements?

Use the form below to get in touch and one of our consultants will get back to you as soon as possible.